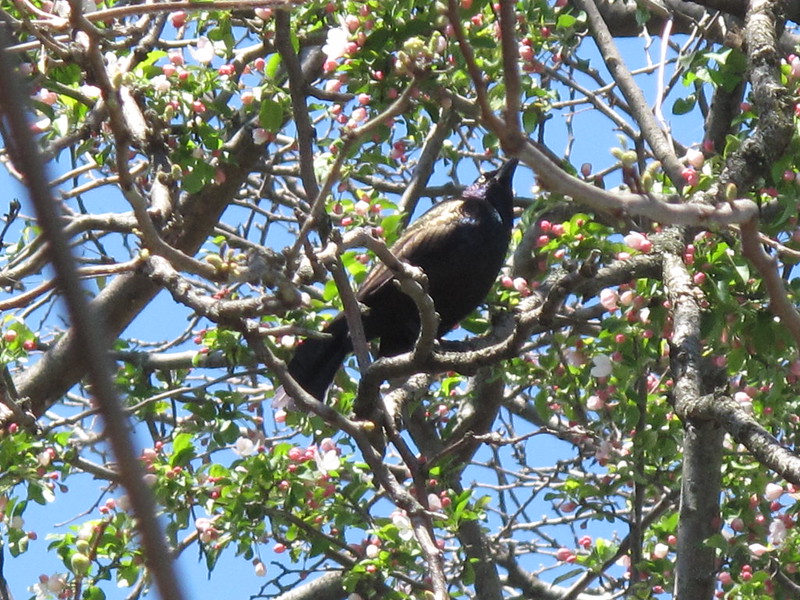 The filmâ€™s evocative closing shot serves as a resonant reminder that just because weâ€™re the planetâ€™s predominant storytellers doesnâ€™t mean that the story is necessarily about us.

Itâ€™s a loose adaptation of one of the all-time great Marvel storylines, with Professor X and Magneto using Shadowcatâ€™s powers to send Wolverineâ€™s consciousness back in time to 1973 so that he can help their past selves set aside their differences and avert a dystopian, Sentinel-run future by preventing Mystique from assassinating Bolivar Trask. Readers who are confused by any or all parts of the preceding sentence should take it as a warning.

Theyâ€™d made planetfall in winter, the team leader said, which explained the hardiness of the local population but also the scarcity of diverse genetic stock. Only ten dozen of the original settlers had survived that first season, and through the next fifty years, intermarriage had left them fit for the harsh conditions on the planetâ€™s surface but prone to illness, especially when traveling outside the valleys in Icarusâ€™ (relatively) more temperate zones.

â€œWhy Icarus?â€ one of the geo-engineers, Burke, asked. â€œIn the myth, didnâ€™t Icarus fly too close to the sun?â€

â€œAs near as we can tell, thatâ€™s local irony,â€ the team leader said. She glanced again at the planetâ€™s specs and her notes, which were not extensive. â€œThe settlerâ€™s original ship was thrown off course after miscalculating the gravitation of the smaller of the systemâ€™s binary stars. A joke,â€ she added, â€œthough obviously not a great one.â€

â€œIsnâ€™t this like the third Icarus weâ€™ve been called in on in as many months?â€ asked the pilot. Grace Wong didnâ€™t always attend these preliminary meetings, but team leader was glad to see her nevertheless. â€œDonâ€™t these people have any imagination?â€

â€œIn all fairness to this planet, they crashed before either Icarus Prime or Icarus II were colonized.â€

â€œRight,â€ the team leader said. â€œThe Ic — the planet has become untenable. The systemâ€™s primary sun isnâ€™t dying, exactly, but theyâ€™ll be outside a shrinking habitable zone in less than another generation.â€

â€œNot exactly,â€ the team leader said. Sheâ€™d been worried about this, but better to get it out in the open now before they ported to system. â€œCommand has reason to believe that whateverâ€™s happening with the sun is artificial, neither a natural nor man-made process.â€

â€œCommand?â€ said Burke. â€œSince when did we start taking orders from — wait are you saying Alterians?â€

â€œWe have reason to suspect their involvement, yes.â€

â€œAnd youâ€™re just telling us this now?â€ said Wong. â€œYou want me to fly us into beastie-controlled territory and you didnâ€™t even tell us til now?â€

â€œItâ€™s a little more complicated that,â€ the team leader said. â€œAnd thereâ€™s another reason why we have to evacuate Icarus.â€

Yesterday, I got a haircut and finished reading the last of January’s submissions for Kaleidotrope. That maybe doesn’t sound like a full day — and heaven knows submissions have kept coming in all through February and into March — but if you think my Saturday was in any way wasted, I have just two very simple words for you:

I watched this cinematic — or is tele-visual? Wikipedia suggests the movie premiered on screen, but I think it aired primarily on the Syfy Channel — classic over Twitter with friends. On any objective level, it’s a terrible movie, with bad effects and some questionable acting. Michael Shanks gives it his all, or at least whatever percentage of his all he decided the movie was worth, but it’s ridiculous disaster movie. Heather’s already posted a good rundown of the night’s film, including several of the funnier comments. (Keep in mind, of course, that this is a woman who calls Sharknado “a metaphor for modern life, in which chainsaws solve all our problems.”)

I’ve been watching my fair share of bad movies lately, but watching them with friends — even when those friends are separated by several time zones — is a whole lot better.

Today, I wrote a little with my weekly group:

He didnâ€™t look like a Phil, but Alison knew it wouldnâ€™t do her any good to tell him that, not with that weird crooked staff, still crackling with energy, held over his head. It had taken only a single blast of that energy to get rid of Nate — which was no big loss, as far as Alison was concerned, but she also wasnâ€™t in any hurry to join him in an atomized spray of used-to-be-people particles. Sheâ€™d called this weirdo Master out of some instinct — it was what the long crimson robe and dangerous magic seemed to demand — but if Phil was what he wanted, then Phil was what heâ€™d get. She wasnâ€™t going to risk making him angry like Nate had, at least not until she managed to wrestle that magic stick away from him.

It was funny, though, Alison thought. He didnâ€™t look a Phil so much as he looked like…well, Nate. She hadnâ€™t really noticed that before, but the resemblance was a little uncanny. Was that why her now very ex-boyfriend had called the man the doppleganger before theyâ€™d awoken him? Then heâ€™d just looked like some old dude propped up on a big rock inside a cave — â€œentombed upon the altar of Circeâ€™s midnight slumber,â€ Nate had said, which she was sure was something he was remembering wrong from out of some book. The man had looked kind of peaceful, actually, serene, and she hadnâ€™t seen Nate look like that even once in all the time they had been dating.

True, theyâ€™d been hunting magic and legends since their second date — or was the Bigfoot trap officially their third? It had seemed fun at the time. Nate had seemed fun at the time. But that was long before theyâ€™d stumbled across this Merlin-wannabe whoâ€™d zapped Nate into a cloud of nothingness and then taken his face. Alison had been planning to break the relationship off after this excursion, just waiting for the right moment between the caves and the flight back home to the States. Should she tell him before they cleared customs, or after? Now Nate was gone and sheâ€™d escaped having to go through all that, thank god, but she hadnâ€™t escaped this deadly wizard who could zap her too if he wanted, and even worse who looked like her ex.

You know, sometimes I just go wherever the prompt leads me.

It was a little warmer today, in that I didn’t necessarily feel like the Earth was actively trying to kill me with cold. Even the lows today were actually in the (low) double digits, and it could even get back up into the fifties by the weekend. (By which of course I mean lots of poodle skirts, malt shops, and Arthur Fonzarelli. Weather is weird.)

Anyway, it was otherwise a pretty ordinary day. I realized, midway through the afternoon when I reached up to scratch the back of my neck, that I’d been wearing my sweater inside-out all day. I was naturally nervous about reaching down to scratch my knee later on. I spent the rest of the day pulling together a report, though unfortunately only the one that really needs to get done, not the report that really really needs to get done. That second report is longer, and I’m still waiting on a couple of reviewers to disappoint me by failing to deliver their reviews despite promising to do so.

Oh, and I wrote this, which by several metrics is the most popular thing I’ve ever written on Twitter:

Twitter says David Bowie was "born" today, rather than escaped through a rift in the space-time continuum from his future planet. Riiiiight.

I was also going to wish “Elvish” a happy birthday, but I couldn’t figure out the right runes for “Love Me Tender.”