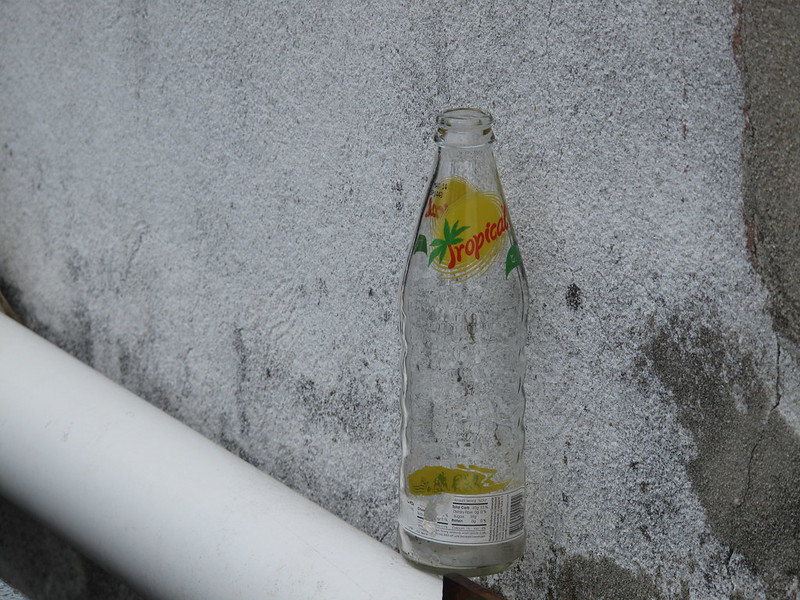 It was a quiet weekend, spent mostly writing or failing to write. (Sometimes it’s hard to tell the difference.) The word count is slow to increase, but I did make some progress on a short story I’ve been writing. Maybe not enough to meet the deadline I’m trying to write it against, but I’m hoping the deadline itself will light a fire under me. I’ve entertained more ridiculous hopes.

Writing at my weekly group didn’t go terrifically well, thanks at least in part to a half-assed prompt I was responsible for providing. In fairness, I delegated — “you give a subject, you give a verb, I’ll give an object” — but that probably explains the Frankenstein’s monster of the prompt we eventually wound up with, and the unsatisfying nature of my “story.” I share it partly for filler, and partly because it’s useful for me to remember the free-writing isn’t about creating finely tuned prose, or even necessarily about generating great ideas. It’s about just writing. And like I said up above, sometimes writing is indistinguishable from failing to write:

The airplane transformed the final note. They hadn’t heard it live, but in playback, with the rest of the background noise scrubbed from the track, it was obvious that the jetliner had done something strange to the sound. This wasn’t just interference, Max thought. The more he listened, the more he realized that weird background hum started early, messed with the overlay of vocals, pretty much ruined the whole song. If they couldn’t clean the recording, isolate and excise, they’d have to dump the whole thing and start over. And the talent wasn’t going to like that.

“That’s the airplane that crashed?” Ben asked. He’d flipped the volume down on the boards, but the hum was still there, ringing in Max’s ears.

“Disappeared,” he said. “They don’t know yet that if it crashed. Or at least they’re not saying.” He reached over Ben’s shoulder and shut the sound off. “But yeah, it happened later that night. But it doesn’t make sense. When we were rolling, the thing was just parked there, sitting on the tarmac.”

“And who’s idea was it to record way out there?” asked Ben.

“Who do you think?” said Max. He glanced up at the poster tacked to the studio wall. The rest of the band was visible in the background, just barely, but it was obvious who he meant. “Gustav insisted. You wouldn’t believe the hoops we had to jump through with the FAA just to get half an hour at that place.” He sighed. “But the man loves airplanes. We’d have done the video there if they’d let us truck in the lights.”

“Well,” Ben said, “I don’t know what to tell you. The sound was never going to be clean, but this… Whoever you had with you, they did an okay job rigging the mikes, but… You’re sure there weren’t a lot of planes flying overhead?”

“Just the one. It’s not a busy airport, mostly joyriders out on a sunny weekend afternoon. That’s the only reason we got the permit. I mean, we saw the guy who was heading out on the plane, but he didn’t even come out of the airport until we left.”

“Well it’s definitely mechanical,” Ben said, starting the sound back up. You can hear it most at the end, but it’s all over the track. Still, if the plane was shut down and there wasn’t any other equipment running…”

“Just the recording gear,” said Max. “The guy, I mean, he had some equipment with him, a couple of crates he was waiting to cart out to the plane. Stuff looked mechanical, maybe. He didn’t want anybody near them. I dunno, maybe there was something loaded already that was making that sound.”

“You say you didn’t hear it day-of, though.” Ben pointed at the boards. “Something big enough to pump out this, I gotta say you’d probably hear it on the ground.” He listened for a moment, as if lost in a trance. “It sound kind of rhythmic to you?”

“What?” Max asked. “No, it’s just — “ But the more he, too, listened, the more he had to admit there did seem to be some kind of rhythm to the hum, some kind of pattern, repeating, beyond the background noise. He couldn’t quite place it — hell, he hadn’t heard it at all before — but yeah, it might just be there.

“Can you pull out the rest?” he asked. “I know you said we couldn’t wipe the noise, but could we dampen everything else?”

“We could try,” Ben said. He reached for the levers, adjusting here and there, with the kind of engineering alchemy that Max had hired him for. “It won’t be pretty,” he finally said, “but here it is.”

It wasn’t pretty. It was still too high-pitched, too difficult to really decipher, too much like a hum that rattled angrily in his head. But yes, Max thought, it was something all right, something more than just noise.

It was a voice.

Some of that — too much, probably, in fact — owes itself (in a roundabout way) to my having watched the second episode of The Strain earlier that morning (while I tried and failed to do the Sunday crossword). It remains, two episodes in, not a very good show, although there also remain elements that work quite well, just obscured by all the stuff that doesn’t work at all. The stuff that doesn’t work, like the creepy vampire designs and the conspiratorial machinations of that storyline, make me want to keep giving it a chance. But man, there are a lot of characters I really don’t care about at all in the show, and most of them are supposed to be our heroes.

Last night, I watched 1947’s Black Narcissus, which maybe looks a little better than it actually is. It was a pioneering film in the use of Technicolor, and it (probably deservedly) won an Oscar for Best Cinematography, but I’m not convinced the story was as impressive as the visuals. It also takes a slightly weird turn near the end, becoming almost a horror movie, and while Deborah Kerr and David Farrar are both good, Kathleen Byron may lay on the Sister Crazy Eyes act a little too thick.

Then this afternoon, after the writing group, we went to see Lucy. Did you know, as humans, we make use of only 10% of our ridiculous plot-driven magical powers? It’s true! The movie was a little dumb, but interesting, probably neither as smart as it thought it was nor as silly and entertaining as it might have been. (Like the AV Club’s insightful review says: “Calling the whole thing dumb would be a disservice, but not because there’s anything especially smart going on under the movie’s surface.”) It wasn’t brilliant, but I enjoyed it. Scarlett Johansson is in a surprisingly interesting phase of her career, and if you’re going to get somebody to lend a certain gravitas to dopey pseudoscience, you could do a lot worse than Morgan Freeman.

Anyway, that was about it as far as my weekend goes.