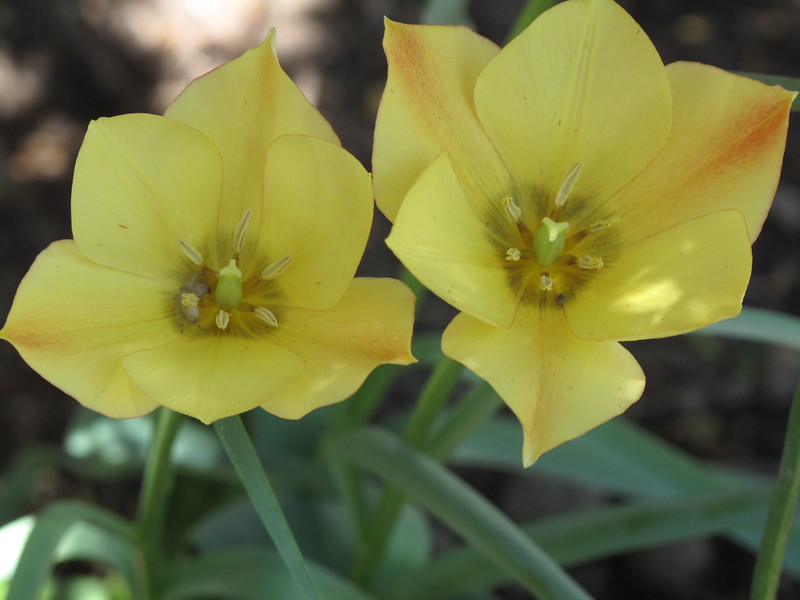 On Memorial Day, I watched the original Mad Max — you know, like one does — which I’d never actually seen before, despite having seen its two sequels. It’s not a great film, exactly, nor even as good as its first follow-up, The Road Warrior, which I revisited on Friday. But there’s definitely something to it, and if nothing else it looks terrific in Blu-ray.

Last night, I watched The Haunting, the 1963 adaption of Shirley Jackson’s great novel The Haunting of Hill House. I wasn’t entirely sure if I wanted to watch the movie going in, since I’d read the book not that long ago and felt like I knew all of its beats. But it came highly recommended, and now I can see with good cause. The movie’s genuinely terrific — or as Keith Phipps puts it (in his review of the reportedly 1999 remake), “a superb exercise in how atmosphere, suggestion, and acting can produce more terror than any amount of special effects or cheap thrills.” There’s maybe one effects shot in the entire movie, and yet I’d easily put it among the best horror movies I’ve ever seen.

No movies today, though I’m debating watching one this evening.

This morning, I read “Heather‘s short story “Cuts Both Ways” in the highly anticipated Woman Destroy Science Fiction issue of Lightspeed Magazine, which I really enjoyed and would encourage everyone else to go read. And to support the issue. Personally, I’ve never thought it was in doubt that women can write science fiction, or even that some of the best the genre has to offer has been written by them. But this is apparently an opinion that some people think is valid, despite all of the evidence to the contrary. I don’t know if WDSF is going to convince such people, there’s prodigious talent involved, and an e-copy is only $3.99.

I also finished the Sunday crossword, but that’s just a tiny personal victory.

And then I went to my writing group, where we were offered this weighty prompt:

Start writing a story that makes use of the following elements:

a. A generation ship that has gone missing

b. The execution of an alien who is accused of a crime he did not commit

c. A sorceress who is twelve years old

I think the operative word there has to be start. That’s not a forty-minute writing exercise; that’s the basis for a series of novels. Still, I had some fun with it:

Tell me a story, the little girl said. Tell me what happened to the place you used to call home.

Nobody remembers, he told her. It was a beautiful planet, though: lush jungles, harsh deserts, a world of unsurpassed and varied wonder. I grew up in one of the monasteries on the eastern continent and lived there for ten years of my life.

You don’t have the bearing of a monk, she said.

I was younger than you when I left, m’lady. I set out on a ship bound for the Reach although I don’t think that’s what you call it.

Starless Galley, she said. The Celestial Hollow. It has many names among the Twelve, as you might expect. That span of darkness between the stars, between this galaxy and its sisters.

That’s right, he said. We were further from that Hollow than you are, and our technology was not even half as advanced. But we built a ship, the greatest nations on our planet did, and when I was still just a boy, I stowed away on board.

This is your ’generation ship,’ she said.

Yes, m’lady, although as it turns out that’s a bit of a misnomer. There were provisions on the ship for at least five generations. But it was less than ten years into our journey that we encountered a scout ship for your Twelve.

They are not my Twelve, she said.

I’m sorry, m’lady, I mean no offense. I mean only that you live among them. You speak their common tongue, you do their work. You’re here to interrogate me for them, aren’t you?

I am here to listen to your story, she said. That is all. Would you rather that they just killed you now?

I would rather they didn’t kill me at all, m’lady. But considering how my trial went, I don’t think there’s too much chance of that.

So tell me your story. Tell me what happened to your home.

My planet was destroyed, he said. When we were first captured by the Twelve, when they came aboard and then commandeered our ship, there was nothing for it but to take citizenship. I believe your people call it the Shroud?

My people, she said. We are excluded from the benefits of citizenship. We are…a protectorate of the Twelve, covered by neither the Shadow nor the Shroud.

Well, nor were we, for what that’s worth. We were even more alien than you, and I know for a fact they didn’t trust us. But they said come, join us, and they clearly were the only game going in town.

They called it the Dark Winters’ War. Can you believe that? Almost a kind of poetry to it. In the ten years we were out there in the Reach, our planet was at war with the Twelve. When we set out on our ship, we didn’t even know there were aliens out here. But like I said, your technology’s much more advanced, and the Twelve found where we lived long before we bumped into them.

It’s more world-building than anything else, but it’s world-building that piqued my interest. I wouldn’t claim to have a series of novels brewing in my brain from this — I struggle even to finish short stories — but there’s something there.

One thought on “Sunday”