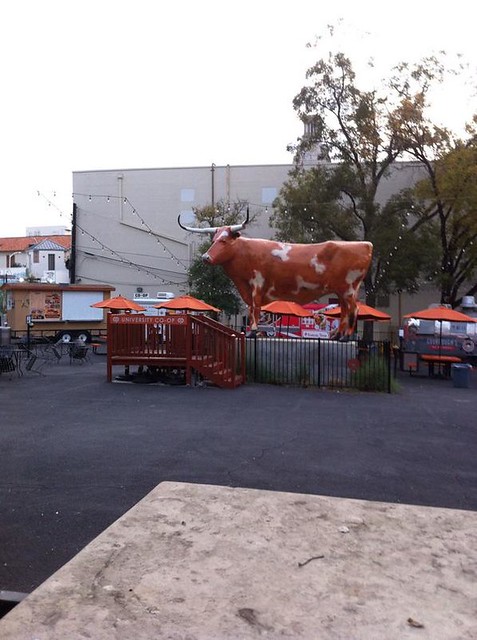 I am not above falling a little in love with the places I’ve visited.

I flew back to New York yesterday afternoon after about half a week in Austin, Texas. I was there visiting schools — UT Austin, St. Edward’s University, and a two-hour drive to San Antonio — for work, while also visiting with my sister, who’s presently living there because of her own job. Lest you think I got much vacationing in while I was there, I left straight from the office on Tuesday afternoon, immediately after a presentation about commissioning textbooks, and I was up most mornings before the sunrise while I was there. (Did I mention it was a two-hour drive both ways to UTSA?) Aside from a couple of really nice dinners, the company of my sister and her cat and her husband, I didn’t really see much of Texas. It was nice to get back just so I could get a little sleep.

The weird thing is, I’m kind of okay with that. Austin’s a great city, but I’ve been there before. Was a time, I would have wanted very much to stay. Was a time, I seriously considered moving to Texas.

That was over a decade ago, however, and my life turned out a bit differently. It’s been almost that long since I’ve had any contact at all with the friend who first tried to convince me to move down to Austin. And while that sometimes makes me a little sad, ten years is a long time. Enough to make those thoughts — “you’re right, I should move to Austin” or “gosh, San Antonio is the prettiest city I’ve ever seen, I should move there” — feel like they were somebody else’s.

Moving there would have probably been hitching a ride of somebody else’s dream anyway. I think I said as much to my friend Sharon at the time. So while I applied for a handful — maybe even a large handful? I don’t remember — of jobs in the city, and did seriously consider it whenever Pennsylvania seemed like the wrong choice, it doesn’t feel like a place I’d want to live anymore.

Don’t get me wrong, the weather was lovely — if a bit hot — while I was there, and there’s plenty to do in the town that’s worth doing. Especially if you can put up with Texas traffic. It’s a place I probably wouldn’t mind visiting again, especially if I really got a chance for a more touristy visit, But it’s no longer a place I’m in love with, Austin or San Antonio. I don’t know when those feelings, if they were even real, went away, but went away they did.

I likely wouldn’t be musing about this at all if I was truly in love with New York, if this and now felt like the great long-term plan. It’s closer, and moving back here without a job was a smarter move than trying the same thing with Texas. But I think I’m still waiting for that new place to come along, the one I can fall a little in love with, take a chance on, and that won’t feel like somebody else’s half-remembered dream a decade from now. 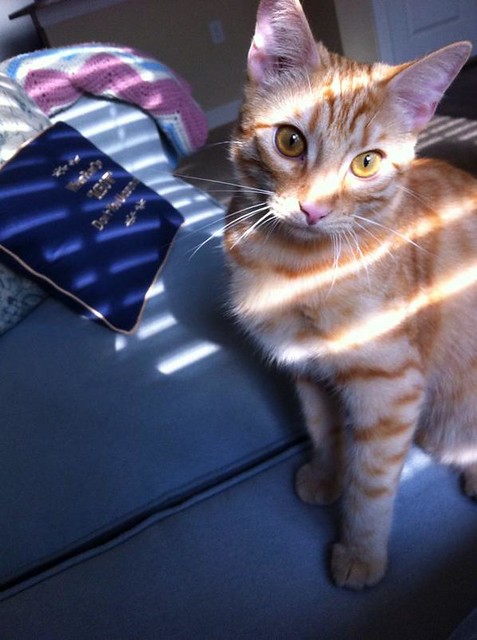